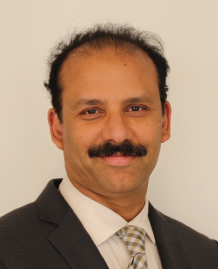 
Formerly, a Consultant in Pediatric Hematology and Oncology at Burjeel hospital in the United Arab Emirates.

Having gained his medical degree at Calicut University in Kerala, India, followed by his Post Graduation in Pediatrics from the University of Mumbai, Dr. Zainul Aabideen transferred to the United Kingdom in 2001 to undertake further training in these areas.

In the United Kingdom, Dr. Zainul Aabideen obtained a Masters degree in Pediatric Oncology at Birmingham University, a Postgraduate certificate in Medical Education at Manchester University, and completed an International Fellowship in Pediatric Bone Marrow Transplantation at the Great North Children’s Hospital in Newcastle. He also received Certificate of Completion of Training (CCT).
Working within Pediatric, Hematology, Oncology and Immunodeficiency departments, Dr. Aabideen gained further valuable experience in a number of high profile hospitals, including the Royal Marsden Hospital, University Hospital, and Imperial College Healthcare Centre in London; the Manchester Children’s Hospital; Alder Hey Children’s Hospital in Liverpool; the Queen’s Medical Centre in Nottingham; and the Bristol Children’s Hospital, before moving onto Consultant roles in both Manchester and Coventry.

During his time in the UK, Dr. Aabideen became a Fellow of the Higher Education Academy, a member of the Royal College of Pediatrics and Child Health in 2005, and a member of both the International Pediatric Oncology Organization (SIOP) and the UK Children's Cancer and Leukemia Group (CCLG).

Dr. Aabideen is proud to have published a number of peer-reviewed articles in the fields of Pediatrics, Pediatric Hematology, and Oncology, in a variety of International Journals. Dr. Aabideen has also actively shared his knowledge with others by contributing towards international conference presentations all across the world, including events in India, Portugal, Spain, Italy, Australia, New Zealand, UK and the USA.

Following successful stint training and working in the United Kingdom, Dr. Aabideen transferred back to the United Arab Emirates in 2016 and worked at Burjeel Hospital Abu Dhabi. He is joined Tawam Hospital in 2019 working as a Consultant in Pediatric Hematology and Oncology.

Since 2008, as the Medical Director of the Cure2Children Foundation, Dr. Faulkner has extensively applied a cloud-based platform for online and on-site co-management of children undergoing bone marrow transplantation (BMT) in several start-up units across the Indian subcontinent and the Middle East. He was involved in over 700 transplants, primarily in patients with thalassemia, training and supervising local teams of physicians and nurses with no or little previous BMT experience.

Dr. Faulkner has published extensively in international peer-reviewed journals. In February 2021 he received the Distinguished Service Award by the Center for International Blood & Marrow Transplant Research. He currently chairs the Outreach Subcommittee of the Pediatric Diseases Working Party of the European Blodd and Marrow Transplantation group.